KEN NAPZOK
LISTEN TO THE LATEST EPISODE OF POP ROCKIN' RADIO RIGHT HERE!
This is Ken Napzok's Pop Rockin' Radio -- the big hits, album cuts, and b-sides from the rock and pop world that make up the soundtracks of our lives. 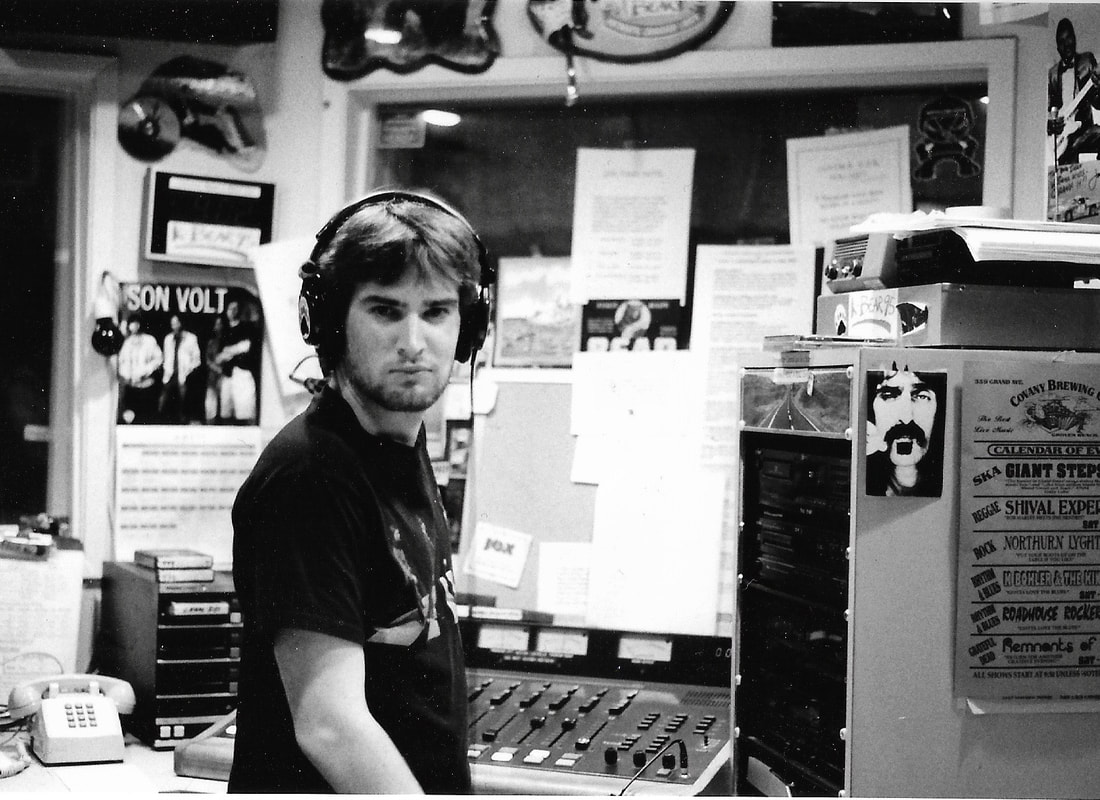 Ken at the K-Bear 95 studios in 1996.
Ken Napzok's love of sharing music began in the mid-90s as a rock DJ for K-Bear 95 in Pismo Beach, California. While his love of broadcasting had started early in his life and directly led him to that beginning point in his career, Ken found that talking into microphones wasn't the only thing he loved about radio. He developed a passion for playing great music and helping listeners discover new songs and artists.

From 2002 to 2005, Ken was a writer and contributor for the music webzine Tiny Mix Tapes and focused on writing essays about his personal journey through a passion for rock and pop music.

And then the music... stopped?

In 2002, Ken started to focus more time on writing and stand-up comedy and moved on from writing about music, but the songs never left his heart! He has remained a fervent lover of music all through his life and various career paths. In 2019, thanks to a connection from his pal and fellow radioman Tim Powers, he returned to the airwaves as a weekend DJ on Hall of Fame Music Radio.

Then in 2021, he ran into another former radio buddy, Tom, who had once shared the airwaves with him at K-Bear and he was spinning tunes on his show Third Place Radio on MixCloud. Tom suggested Ken try it out to help scratch that itch to share music again. And that is how POP ROCKIN' RADIO began!