KEN NAPZOK
ABOUT KEN AND HIS SHOWS!
Ken Napzok started his career at the age of 18 as the host of a weekly live show on UHF station KSSY-66 (Route 66 TV!) before transitioning into a radio career at KWBR 95.3 FM (California’s Rock n Roll Bear!!!) He then took a fourteen year detour through the worlds of screenwriting, sketch comedy, and stand-up comedy before rediscovering his passion for broadcasting as producer/ newsman of the Schmoes Know Movie Show, co-host of the Jedi Alliance vodcast, and his conversational podcast The Napzok Files.

In 2015, he co-created the Star Wars podcast feed ForceCenter with Joseph Scrimshaw and Jennifer Landa and became a producer and host for ScreenJunkies. While there he helped launch the premium subscription service ScreenJunkies Plus; producing over 13 different shows at the launch of the service. He would later host the popular Game of Thrones recap show Watching Thrones for SJ Plus.

2016 saw Ken move to Collider Video as a producer/ writer/ and host. He anchored their Game of Thrones program Thrones Talk while serving as a pundit and host for Collider Movie Talk, Collider News, and the Movie Trivia Schmoedown. Additionally, he also produced and hosted Daily Thrones on the Anchor app. Along the way he has also served as a manager (the dastardly Tex Tunney), creative consultant, and co-owner in the world of independent pro wrestling and is also a trained first responder thanks to a seventeen-year career in Public Safety.

Currently, in addition to his work on ForceCenter, Ken hosts and produces Casterly Talk and his own podcast feed The Napzok Network -- featuring The Blathering and Saturday Night Napzok. He also streams regularly on Twitch and is a DJ at Hall of Fame Music Radio 107.5 FM WLDJ in New Castle, Pennsylvania and on the Tune In app! Ken also helped co-found and launch the Good People Association -- a production company, digital brand, and empire of fun -- with Josh Macuga, Mark Reilly, and Eric Bass of the band Shinedown.

In 2021, he launched his own music show Pop Rockin' Radio on MixCloud.

In 2019, his first book, Why We Love Star Wars: The Great Moments That Built A Galaxy Far, Far Away was released by Mango Publishing. 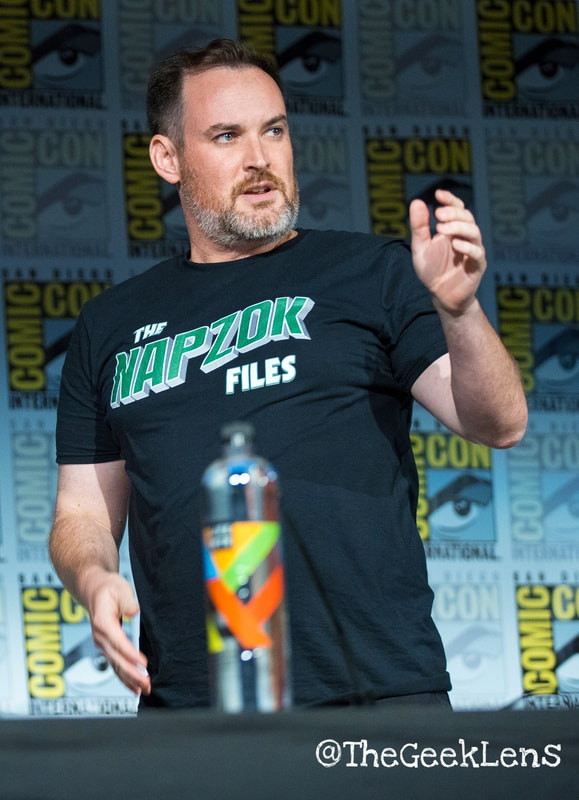 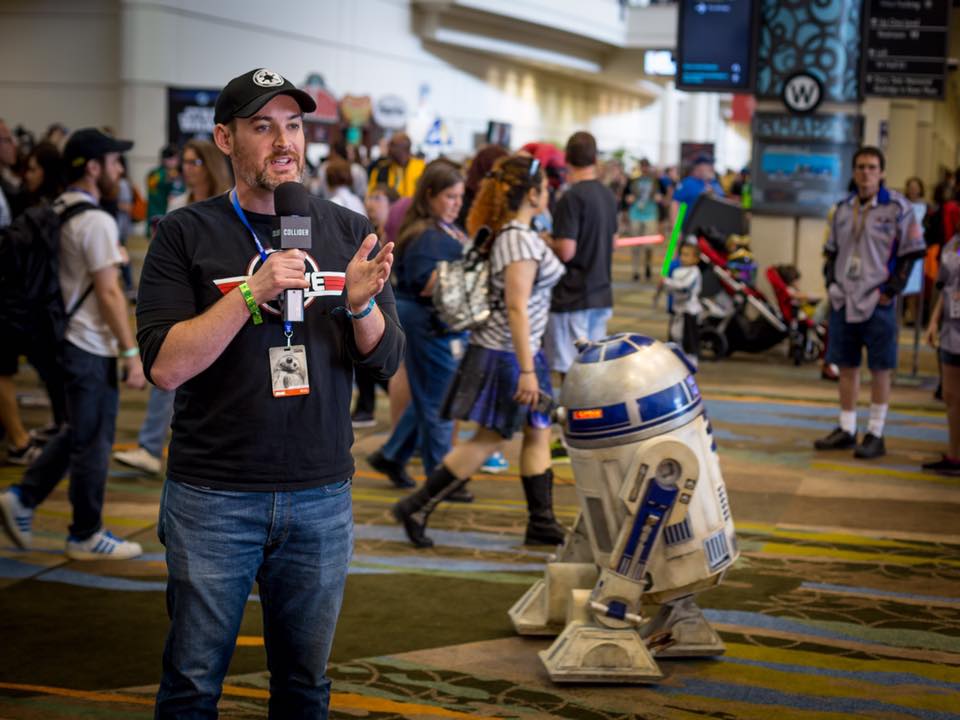 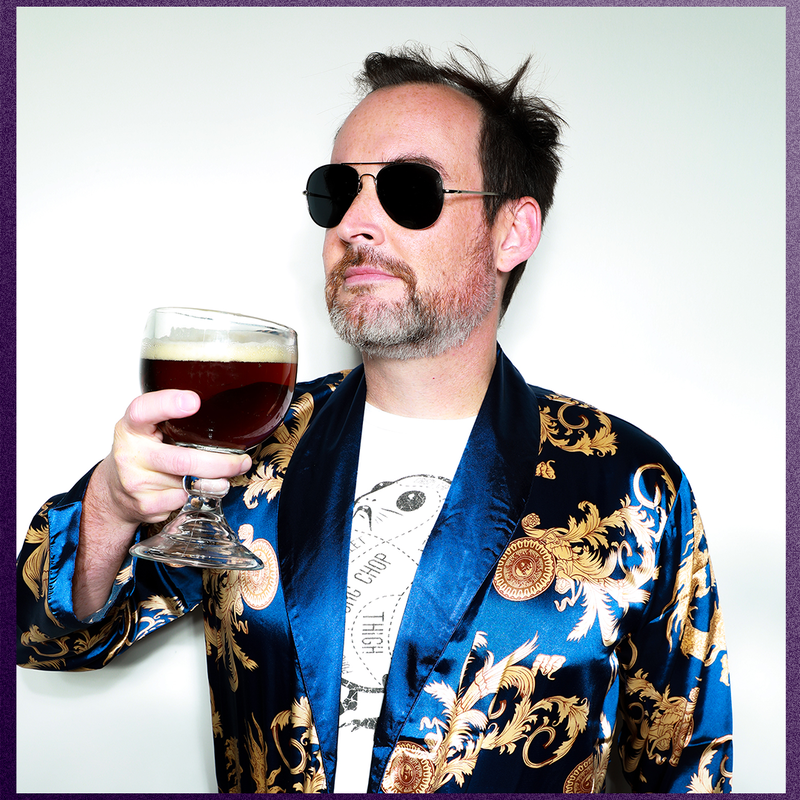 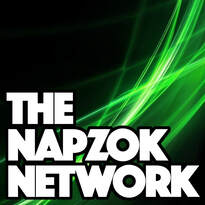 The Napzok Network is the home for The Blathering with Ken Napzok, Saturday Night Napzok, and more.

The Blathering is an off-the-cuff, from the heart and head, podcast from comedian and author Ken Napzok.

Written, hosted, and performed by Ken Napzok, co-creator of ForceCenter, The Napzok Files, and Pop Rockin' Radio, Saturday   Night Napzok is a satirical radio show full of a wide cast of characters, segments, and more. It's a show so real, it had to be fake.
​ LISTEN 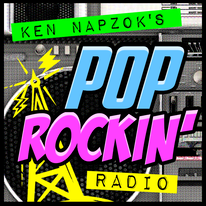 This is Ken Napzok's Pop Rockin' Radio -- the big hits, album cuts, and b-sides from the rock and pop world that make up the soundtracks of our lives. 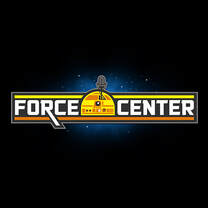 From the minds of Ken Napzok (comedian, host of The Napzok Files), Joseph Scrimshaw (comedian, writer, host of   the Obsessed podcast), and Jennifer Landa (actress, YouTuber, crafter, contributor on StarWars.com) comes the ForceCenter   Podcast Feed. Here you will find a series of shows exploring, discussing, and celebrating everything about Star Wars. Subscribe on   Apple Podcasts and Google Podcasts. Listen on Amazon Music, Stitcher, Spotify, and more! 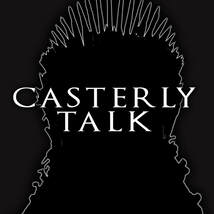 Enter the world of Westeros with host Ken Napzok and others like Rachel Cushing, Lon Harris, Andres Cabrera, and more. Game of   Thrones recaps, discussion, speculation, news on the spin-off series. Everything in the world of Ice and Fire from Dragons to   Khaleesi to Tyrion Lannister to Jon Snow and the entire population of the epic George R.R. Martin books that inspired the HBO TV   Show. 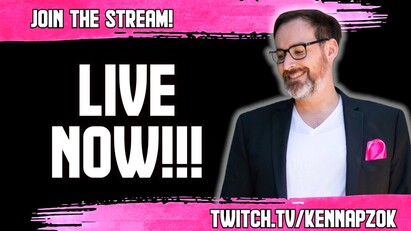 Game and chat streams on Wednesday, 5 PM PT and all through the week!

SPORTS CARD ASMR
It's time to relax with the Sports Card Doctor as he picks one card from his collection to cut up! ASMR triggers like   scissor sounds, crinkles, whispers, cutting sounds, and more!